How Sewage Can Damage Your Commercial Property 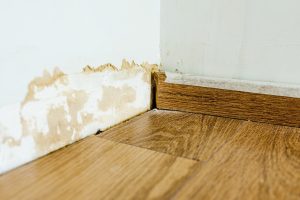 It doesn’t matter if you’re the owner of a small, medium, or large business; the last thing you need is sewage backing up and damaging the commercial property. Just because it’s the last thing you need doesn’t mean it won’t happen, though. The following are some scenarios that could cause sewer stoppage issues to arise and wreak havoc on your place of business.

Water Seeping Out Of A Floor Drain

Do you own a restaurant in the Columbus area? If that’s the case, there are probably floor drains spread throughout the kitchen. These units are perfect for cleaning up after a long, hard night. Employees can mop or spray down the floors and just let the excess water go down the drains. However, these items connect to the main sewer line, so if a stoppage occurs, sewage will often come out of them because they are the low points.

Then, the foul water can contaminate and ruin ingredients. It can also short electrical outlets or fixtures if it gets inside them. Floor drains are one way sewage can get inside a building and cause trouble.

Sewage Leaking From Under A Toilet

Commercial restrooms are held to the floor by flanges and commode bolts. In addition, there is a bowl wax between the bowl and base, which is supposed to stop H2O from leaking everywhere. However, from time to time, especially when backups occur, the waxes blow out. Thus, if a stoppage happens at your commercial property, and a toilet is the lowest point, don’t be surprised if sewage doesn’t enter the building from there.

If the floor and sub floors are wood, and the problem is left as-is for an extended period, the lumber could rot. Then again, the water may slip out from under the back of the commode and seep through the wall, staining the drywall and ruining the insulation. Those are some of the ways a sewage damage could come about from a leaking water closet.

Many times, restaurants and other establishments have mop sinks installed directly on the floor for easy access. Then, employees can fill mop buckets and other containers with water with relative ease. But because the units are at or below floor level, that means when a sewer stoppage occurs, the grease, water, feces, and everything else will come up and out of the drain.

If you’re lucky, the nastiness will remain in the mop sink and not overflow. But even if that does happen, the smell will travel throughout your establishment. It can even get inside the air conditioning ducts and go from room to room, making people sick to their stomach along the way. Of course, the water can also get out of the sink and damage just about everything in its path.

Don’t worry if sewage, grease, etc., get all over your commercial property. All is not lost. That’s because there are companies, like Dry Patrol, that specialize in sewage damage cleanup. Simply get in touch with us if the need arises, and our team will get your place fixed up promptly.